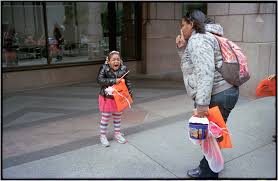 Child rape & Incest within the black community is a bigger HEALTH CRISIS than AIDS, heart disease, hypertension and ALL cancers combined… How did I come to this conclusion when  NOBODY dares to even talk about it, yet it has a domino effect on EVERYBODY..  Contrary to what most of Us would like to believe, this “behavior” doesn’t just happen to little black girls by their drunk step father’s or some RANDOM dude in a spooky van circling playgrounds when the streetlights are coming on.. This is happening to little boys as well.. So when I mention children throughout this essay, I need the image in your mind to see BOTH genders.. Not just black girls!!!. This happens to our sons, nephews and brothers everyday just as our daughters, nieces and baby sisters… It’s just that in the free world, females grossly outnumber males so the statistics will lean more towards girls over boys. Plus euro-society teaches Us that males aren’t to acknowledge their emotions i.e fear, love, anger, happiness, sadness etc which leads to their cases going unreported.. but hey that’s another essay for another day..

Alright so last night I was explaining to a colleague about the how’s and why’s of incest adult vs. adult (consensual) and adult vs. child (non-consensual)… And im going to explain MY conclusion here:

Sexuality In Children (the short version)

Whether we want to admit it or not, children are highly sexual beings. They are curious explorers of any and everything… They’re little sponges waiting to absorb all there is to know about inhabiting a growing body INCLUDING their sex organs. For the same reason children aren’t allowed to spend much unsupervised time alone with “opposite sex” (pause: don’t get it twisted, same-sex’ploration is MORE common amongst children than we adults would like to admit, so let’s keep it all the way 100 here) same age group friends and family members are the same reasons I’m writing this essay about those “trust-worthy” ADULTS who are supposed to safe-guard and protect Our children.. Yet make the CONCIOUS decision to PREY on our babies’ innocent curiosity of well… everything. This violation not only taints their view of what healthy sexuality is, but also stunts their ability to process good touch versus bad touch because quite frankly molestation does not ALWAYS “hurt,” okay? Yes these are children we are speaking of, but their sex organs also have the same stimulation our ADULT sex organs have.. And when an outsider begins to manipulate their energy fields via molestation, coercing them into watching pornographic images or rape, this in turn sends a “distress/victim-like” signal to other predators, thus attracting (like a subconscious SUPER predatory magnet) future predators. Be it during childhood OR adulthood (physically/emotionally abusive or manipulative narcissistic behavior tendency having partners)… They in turn have children, Annnnnnd the cycle repeats….

Somewhere in the predator’s mind they (she/he) see the love they long for in an adult mate. They see all the things they have yet to MANIFEST in their own ADULT lives and the child reminds them.. What is this “thing” they seek? Well it’s what we ALL long for.. what we ALL long to re-connect with.. long to re-create.. the closest thing to the umbilical to a fetus….. UNCONDITIONAL, fearless, relentless, undying… life giving…. LOVE…. Or rather what we perceive to be love at least.. So here we have this emotionally-intimacy starved ADULT, alone with a child… [sidenote: As we all know children are the most innocent abundance of forgiveness having beings on this planet UNTIL someone… some ENTITY violates their sacred nature.. that which we (humans) are ALL born with..] Let’s stop there…

Now this is when the CONCIOUS mind versus subconscious comes into play. The subconscious KNOWS what the conscious mind is lacking yet due to conditioning, the conscious mind chooses to take advantage of the child’s sacred nature… the ADULT CONCIOUS MIND CHOOSES to violate that child’s innocence and when that CHOICE is made… the wo/man ALLOWS its lowest, conditioned, BEAST nature to prevail, thus projecting its IMBALANCE onto the child. Once this CONCIOUS decision has been made, the ripple occurs… Let’s stop there for now..

In terms of the ripple effect, let’s say this non-consensual act has now spiraled into a full-blown undercover adult relationship. [Pause. SIDENOTE: To the readers who aren’t able to comprehend WHY a child wouldn’t disclose what’s happening to them.. Well in terms of basic (I use that term loosely, okay? This is NOT to downplay nor minimize molestation.. It’s ALL traumatizing but there are indeed LEVELS to sexual abuse) molestation i.e fondling of genitalia, breast area (non-penetrative acts not limited to sex organs) & things of that nature (does not include forced voyeurism), we have to keep in mind that being fondled does NOT always hurt. These are indeed FUNCTIONAL sex organs even in children so again, these non-consensual acts may NOT have caused physical pain or suffering.. It is the MENTAL torment that takes the longest to recover from.. Now aside from that, it doesn’t take much to intimidate a child. A simple, “this is OUR LITTLE SECRET,” “you don’t want to be a tattle tale do you?” “You don’t want your favorite auntie/uncle to get in trouble do you?” or even worse, bribery… “I’ll take you here, buy you this” (which is usually the trick to lure children to begin with).. Often times adults threaten children with physical harm.. Physical harm to the parent, themselves or to their sibling.. It’s a manipulative dance that the predator masters over time while preying on children..]  The adult has now groomed their perfect, ideal mate and they are in (what THEY now perceive to be) love. You know what I don’t even want to continue this part. We have heard how these stories end…. The families TEND TO be oblivious to their 15year relationship.. They all want to DENY they never had a nagging suspicion about x, y, z so let’s just stop there on this scenario.

THE FEELS ON THE MATTER….. (subjective mind aside)

Yea im peaceful.. I sip tea practice & teach Kemetic Yoga, but im STILL a warrior. Do NOT get it twisted…

In conclusion, these “acts” all began with a choice. Choosing whether to go ahead and violate a child’s sacred innocence OR taking a step back to discover just WHY and HOW the fuck did this thought even creep into my mind? Do I have some type of repressed sexually traumatic abuse experience that I blocked out as a self-preservation tactic & every now and then these “thoughts” seem to randomly pop into my mind? Or Am I just that much of a lazy, shallow, selfish, BEASTLY loser of a human, (regardless of the ripple or unlikelihood that you’ll get away with this “behavior”) that I would rather CHOOSE to groom a got damned child (or adult aged human i.e old enough to go to war and die for profit.. 17 to sign, 18 to die for that matter) to be my “life partner” rather than ACTIVELY doing the INNER work it takes to manifest said traits and qualities in another knowing and WILLING human being?

You can either rise ABOVE the beast nature i.e get to the root and OVER-stand the conditioning, or CHOOSE to stand-UNDER and succumb to your conditioning and prey on the innocence that lies within the child… that same innocence which lies withIN the unsuspecting naïve adult men and women who have yet to acquire much “real world” experience to taint said innocence.. Those whose idea of unapologetically loving.. Trusting… Divine, non-possessive, always evolving LOVE… the love that is unbothered.. Unshakeable.. UNTAINTED by this putrid euro shit-stained society that I FEEL still remains with the human woman and man… WE have simply forgotten what that PURE love feels like…

Life is all about choices family… who you preying on?? Are they consenting to your grooming? Are they consciously aware that they are your PREY?? If not, it sounds like you need a hobby.. Or at the very least a pet… Take ownership of SELF before trying to manipulate other humans into being YOUR prized possession… There’s a fine line between predator and prey… How far/close are you?